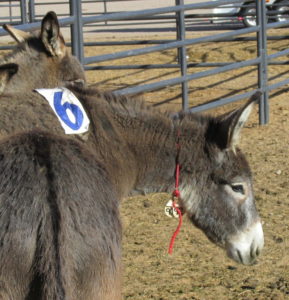 Cute burro faces and persuasive auctioneers make for a dangerous combination. Together, they have a way of convincing you that bringing home a 450-pound burro isn’t much different than bringing home a bunny. If you add to that scenario a cocky belief that handling this animal can’t possibly be more challenging that handling your once-unruly pony, then folks, you have yourself a Set Up.

During the Impact of the Horse event at the Wasatch County Events Center, I’d visited the burro paddock earlier in the day and watched them mill around, looking placid and adorable. I picked out Number 6 for his wise looks and initiative (he made eye contact with me and came over before his herdmates).

I should have noted that none of the BLM handlers were actually handling the burros. They moved 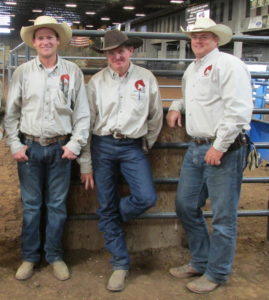 BLM folks at the Impact of the Horse. Why are they smiling so much?

them by opening gates and shutting others. When it came to loading Wallace into my trailer, I backed it up to a corral chute and they waved flags and closed off all other exit options.

With a wave of thanks and a nervous giggle, off I drove with my new cute-n-cuddly charge, onto the mountain highway and into the darkness of one exciting Saturday night.

I arrived home and parked the trailer near our corral. I figured I’d just halter the little fella and lead him into his new home.

Opening the trailer’s center wall, I felt a heavy pressure from the other side. It was Wallace, pressing with all his might, seeking to escape. I reached in to push him off the wall. He responded by trying to bite my arms and quickly resumed his pushing.

While Steve held firm to the wall, I squeezed into the space and attempted to halter him. Wallace’s main interest now became defending himself (more biting as well as kicking) and avoiding the halter. 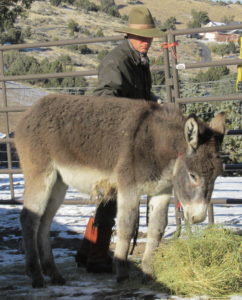 Wallace is slowly getting used to direct human contact

After 15 minutes of struggle, we had a haltered burro. Steve cautiously opened the barrier and Wallace bolted for his escape, halter-be-damned. Thankfully, I’d looped the line through a brace. When we failed to hold onto him, it held.

With both of us holding steady, we moved as an awkward, frenzied trio towards his enclosure. Later, Steve compared it to deep sea fishing and trying to land a marlin or maybe a tuna. If either of us had let go, Wallace would surely have taken off into the night and into the Oquirrh foothills. That we abut BLM land seemed wickedly ironic at this point.

Steve muttered something about a “recapture fee” and I yelled back, “just don’t let go!”

At last, we maneuvered into the corral and closed the gate. We put our hands on our knees and took a breath. It took another cooperative feat of strength and patience to approach him (by snubbing the line around a tree stump) and to untie his rope halter.

In the moonlight, we watched from the gate as Wallace contemplated his new pile of hay and bucket of water. He glanced back at us, making sure we didn’t have any plans to re-approach. Not tonight, my friend! I’m going up to the house and have myself a big slice of Humble Pie. 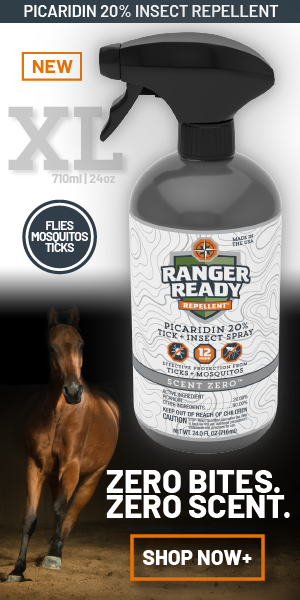