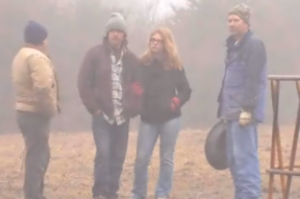 I woke up to this report in the local papers:
Just a few miles from my home, Ryan Grafft, 31, was driving around in his truck Sunday afternoon, shooting at things with his rifle. He came upon four horses and decided to shoot them.
He fired 20 shots, killing one and injuring two.
He reportedly was unable to tell investigators why he shot the horses but did state that it was a stupid thing to do, according to complaints.
Johnson County Sheriff Lonny Pulkrabek said it’s the only case of random violence resulting in the death of a horse that he’s encountered.
Reporter Mark Carlson, of the Cedar Rapids television station KCRG, attributed the killing to “a growing culture of violence resulting in an act of stupidity.” 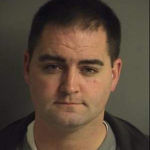 The horses’ caretaker Todd Zach said, “Was he watching too many video games or just wanted to kill somebody’s pets? I don’t know.”
Grafft faces charges of shooting a rifle over the highway; reckless use of a firearm with property damage, an aggravated misdemeanor; manner of conveyance; second-degree criminal mischief, a felony; and injury to animals, an aggravated misdemeanor.

PHOTOS, courtesy of KCRG-TV, above of Todd Zach and friends, at right of Ryan Grafft.