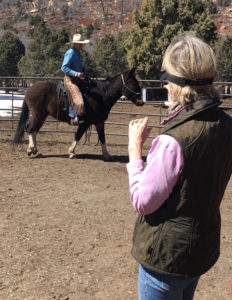 This week, we visited with Letitia Glenn, owner of Natural Horseman Saddles. The Colorado-based horsewoman showed us how much more comfortable Jolene the mule was able to move when properly fit. For years, Glenn has helped riders understand saddle fit and helped dismiss some common myths. Her clients include clinician Dave Ellis and all members of the Police Department Mounted Patrol of Austin, Texas.

If you’ve ever been told to avoid putting your saddle back where your horse would have to carry some weight behind the 18th rib, we suggest you challenge that advice by asking your horse.

In the images at right, Dino is a Paso Fino with a typically short back and we tried to follow that very rule when I first rode him. Even a small saddle restricted his shoulders because it had to be shifted quite far forward to stay in front of his lumbar vertebrae. When we rode in the mountains, I noticed that he managed to shift the saddle back further when we climbed hills and I could feel his strides instantly became more powerful and smooth. 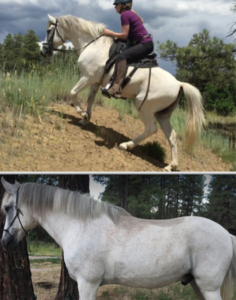 Dino experienced more comfort when the saddle was set further back than standard fitting.

I started leaving the saddle back there, paying close attention to his movement and checking carefully for tenderness in his back when we got home. We’ve been riding that way for years now, and Dino clearly prefers it. He doesn’t get sore back there and he’s 18 years old.

I would imagine that most traditionally-trained horse people looking at Dino’s sweat pattern (see right) might think we’ve been cruel to him.  But I always check his back when returning from a ride and again when I saddle him the next time.  No flinching, so I know he’s happy.

When the saddle’s posterior edge eclipses the last thoracic vertebra (see image below), it’s not as if it is restrictive back there. The slight “pivot point” between the 18th rib and the lumbar group will be accommodated because the saddle does not clamp down there.

Instead, we know that lumbar pain comes from:
All of which is going to happen if shoulders are restricted due to the saddle being too far forward or pinching to block the scapula swing. We know that the horse will also experience pain if the rider is driving the saddle forward, bracing in stirrups, or hanging onto the reins (which may very well be too short). 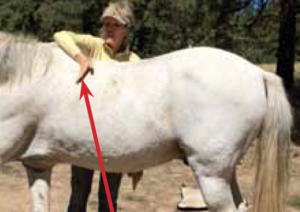 If you’re interested in experimenting with saddle fit, try this experiment:

Please let us know what you felt and noticed. Email us by scrolling down on this page. We’re always thrilled to collect more empirical data! 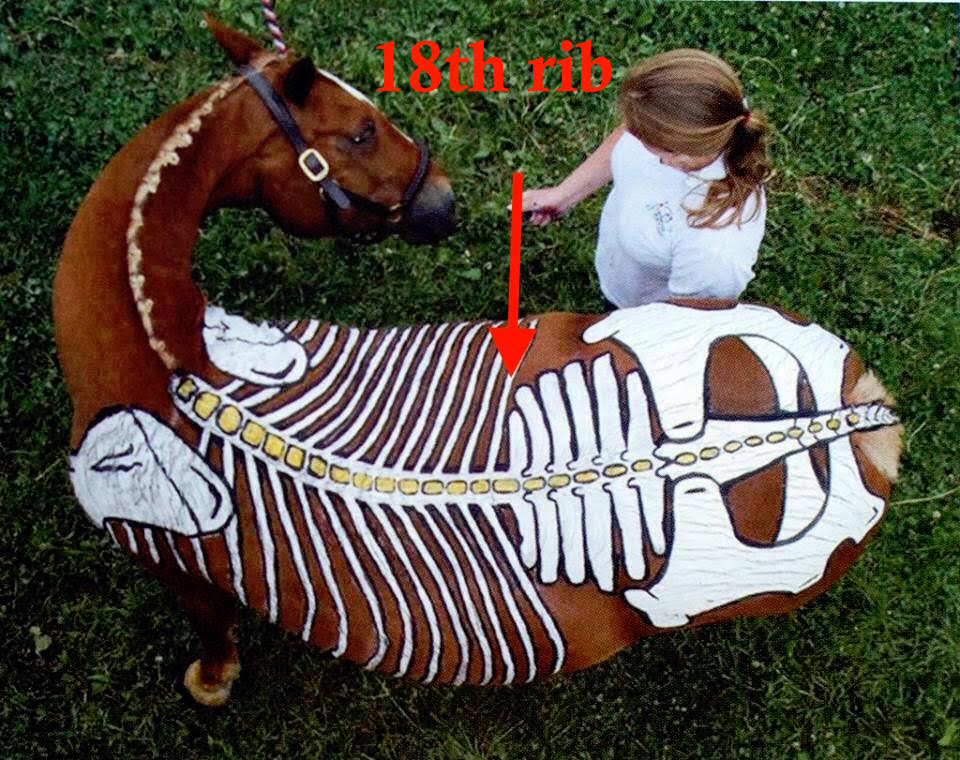