Editor’s Note: Nicole Grady, together with her partner, Justin Reichert, put on the Outside Circle Show, a raucous, celebratory, two-day show of musically gifted, working cowboys at the Star Hotel in Elko, Nevada (and more recently at the World Championship Ranch Rodeo in Amarillo, Texas.)

In this guest column, Grady, who with Reichert tends to over a thousand head of cattle on a US Forest permit near Creede, Colorado, thanks those who celebrate music with them and she assesses the working cowboy community and urged readers to appreciate its diversity and freedom of expression.

We received a fair sum of compliments at the Outside Circle Show. Of course, hardly anyone says the crappy stuff to your face. But the biggest compliment we receive is:

With all of the division in our world, our country, and even our individual lives with the brutal state of personal-opinion weaponization on social media, the last thing we want is to let any destructive negativity into the most connective creative force in all of history: Music.

Cowboys come in all shapes, colors, and sizes. We are all different and our interests are as varied as the breeding of the cows we care for, horses we ride, and dogs we prefer to take to work. In our eyes, momentarily capturing that in a room is what makes any show a tremendous success. Watching town folks rub elbows with ag workers, start conversations, become friends, and start to understand each other is a success. Watching punchers and buckaroos*** realize that they are all on the same team is success. Watching hipsters and fashionistas begin to comprehend that this life is more than just an awesome fashion statement is a success. Watching a room full of English-speaking people in Amarillo, Texas, dancing and singing to Carlos Medina while he’s wailing on the accordion and belting out amazing songs entirely in Spanish – that is a success. 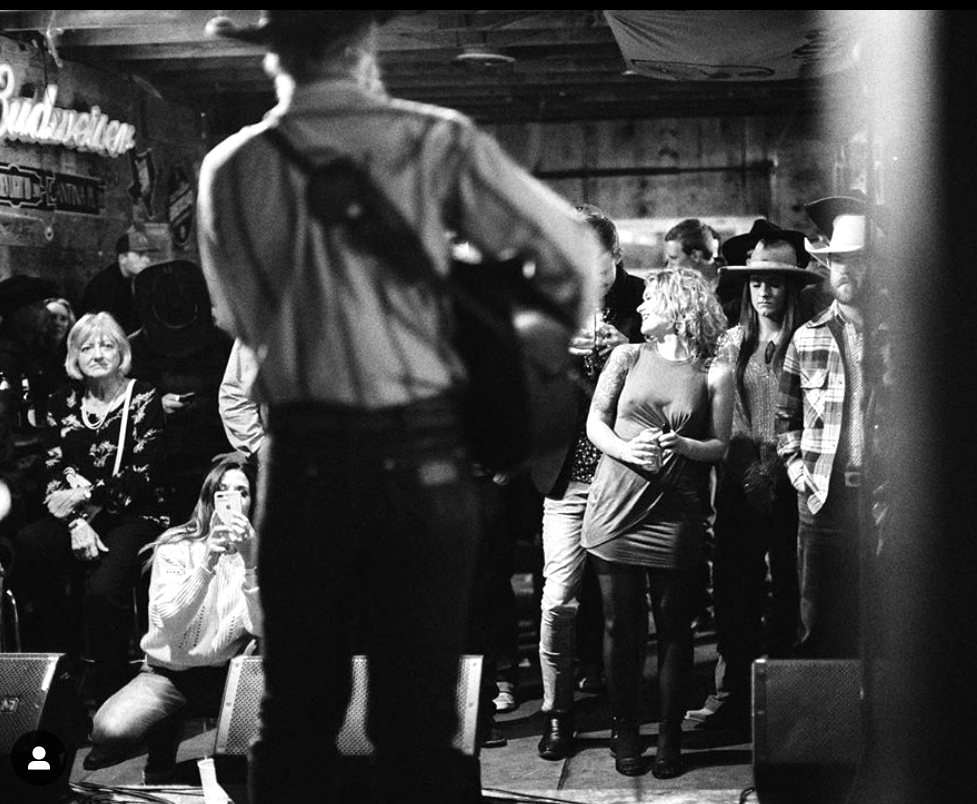 As the evening progresses, we look on as trepidation turns to elation, and those previously disgusted begin to flash us excited looks that read: “Ok…I get it now.”

Something happens in that hodgepodge of hands, hipsters, misfits, and western music lovers. What it is exactly, we can’t rightly say. But whatever it is, it’s important. A room full of strangers with different backgrounds, nationalities, lifestyles, sexual orientations, and job descriptions start to understand one another. Music, the ultimate equalizer, is allowed to do her very best and most crucial work. THAT is success.

It is also about sharing it, and not just with each other. But with everyone. The best way to help those previously unexposed to our way of life and to help them understand why we all do what we do, why we value it so very much, and why it is so vital to the individual communities is to invite them in and show them what makes us tick.

We want to have the conversations and open up the dialogues that change everyone for the better. We want to bring to life the people and traditions of The West in a tangible, visceral, credible way.

We understand that the common threads that sew us all together are far greater and stronger than how long your rope is and what’s wrapped around your horn. Being around what’s different cures a lot of the misconceptions we conjure up so freely in the modern world. 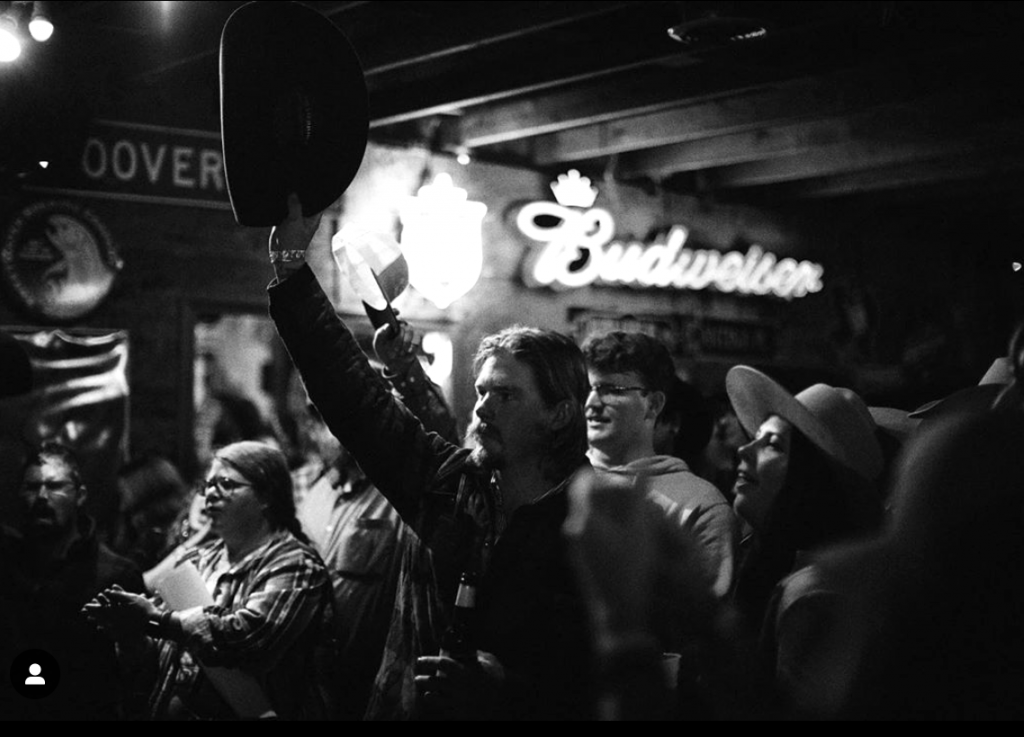 If you have never been to one of our shows because you were worried that you had no one to go with, or that you wouldn’t know enough people, or that you wouldn’t fit in, PLEASE understand that there are no strangers in this circle. So long as you’re not a total asshole, you’ll fit right in. Come join us. We welcome you to add your own personal flavor of weird to this galloping gang of inglorious goons. You may arrive a stranger, but you won’t leave one….unless that’s what you’re into. We don’t really judge around here.

Thank you to our big-ass extended family of musicians, makers, artists, working guys and gals, friends, family, and supporters that has grown larger and stronger than we could have ever envisioned. Thank you for what you’ve given us, what you’ve shown us, and what you’ve taught us. Thank you for pushing us, loving us, and encouraging us. Thank you for showing up to everything in every way you can. Thank you for suspending judgement and extending kindness, not only to us, but to one another as well. Thank you for facilitating all of the successes, large and small. Thank you for allowing this to be a family affair, despite the vast array of differences in ideology and background. Thank you for giving music a place to do what she does best. Thank every single one of you from the bottom of our hearts.

Nicole pauses during cattle work outside of Creede, CO

***For those who didn’t know, writes Nicole, “Punchers are typically living in or from Texas, New Mexico, Arizona and the surrounding areas. They pack short ropes and tie off hard and fast. They have rubber on their horns for grip as they do not run rope like buckaroos. This is born of a difference in terrain and terrior. The heavily brushed southern states often require efficiency and speed so as a not to get hung up in brush with cattle on the end of your rope.

Many men coming out of the Civil War with very little in the way of money and possessions came to be the modern Texas “puncher.” They did not have the ability to put their earnings towards things like silver and fine saddles. It was also risky to use fine gear in brush that could easily tear off your saddle otherwise be destroyed.

Buckaroos have slick horns and long ropes. They place a lot of value in their appearance and in their horses, and might spend every last cent on fine gear. The cattle handling is often slower paced. This style originally stems from the Spanish influence in California, “the land of many mananas”, where the seasons are never harsh enough to necessitate rushing anything. They are typically the cowboys found in California, Oregon, Nevada, and throughout the rest of the Great Basin. This terrain is made up of wide open spaces in which to rope and handle cattle, making use of their longer ropes and using cattlework to improve the handle of their horses. Tooled saddles and silver were very seldom at risk of being damaged by thick brush. The Buckaroo is the modern descendant of the vaquero, who was often a bit better off financially than the predecessors of the modern Puncher, and could often afford finer trappings with greater ease.
There are striking differences stylistically that have led them to value different things in their noticeably different ways of approaching stockmanship and horsemanship. This often leads to differences of opinions on subjects that are very important to them and to their heritage.
Posted in Horsemen & Women, Reviews and Links and tagged amarillo tx, justin reichert, nicole grady, outside circle show, working ranch rodeo.