Editor’s Note: Dr. Janelle Tirrell owns Third Coast Equine, a large animal veterinary practice based in Palermo, Maine. She is also the Legislative Committee Chair and a board member of the Maine Veterinary Medical Association. We welcome this guest column.

This fall, Mainers will weigh in on several ballot initiatives.  Some of them have grabbed the attention of big money, and hence we are inundated with messages of support and opposition.  Question 3 is not one of the glitzy, big money initiatives; it has slipped in quietly, and is shrouded in innocuous feel-good language, but its repercussions are far reaching.

Question 3 asks Mainers to support a constitutional amendment that would preempt all local and state ordinances pertaining to animal cruelty, zoning, and food safety in the name of the “Right to Food.”  The Maine Veterinary Medical Association [MVMA]  is opposed to Question 3.

As stewards of public health, animal welfare, and food safety, we are deeply concerned about the vague, overly broad language used in Maine’s “Right to Food” constitutional amendment.  The language on the ballot asks the question “Do you favor amending the Constitution of Maine to declare that all individuals have a natural, inherent and unalienable right to grow, raise, harvest, produce and consume the food of their own choosing for their own nourishment, sustenance, bodily health and well-being?”  Hidden in that is the right of any individual to raise, shelter and harvest any animal in any manner and under any conditions he or she wishes.  Further, it does not implement any effort to address food insecurity or nutritional inequities.  It solves no problem, while creating many.

Maine has good animal cruelty laws while also reaping the rewards from scores of small farms and local producers from which we can buy local eggs, meat, milk, fruits, vegetables, and cheese.  A tradition of local agriculture in tandem with a commitment to the welfare of animals on those farms contributes greatly to our quality of life. 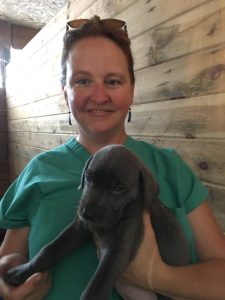 Animal cruelty laws protect the welfare of animals by providing a standard for animal housing, nutritional needs, husbandry practices, and veterinary care.  Food safety laws ensure that the food we buy meets rigorous standards that protect consumers from food-borne illnesses and diseased products.  Question 3 does NOT provide an exception to maintain these hard-fought victories and their enforcement, and preempts and vacates animal cruelty and food safety laws.  All manner of cruelties, in ANY species, could be beyond the reach of the law by hiding behind the curtain of “food production.”

MVMA recognizes the laudable goals of Question 3 — though it does nothing to address food insecurity —  and we do agree that individuals should have power and control over their food choices.  We also believe that the prevention of animal suffering, safe food production, and humane harvest of animals and animal products are vital considerations that should be included in proposed law change. 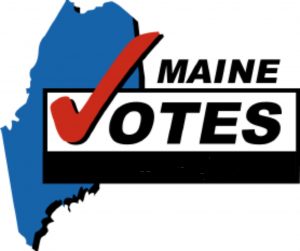 Consequently, we oppose the “Right to Food” amendment and strongly urge Mainers to vote NO on Question 3.