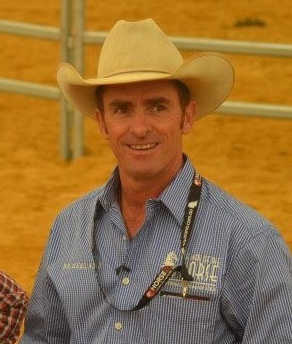 Warwick Schiller flew under my radar at first. The Australian transplant (he calls California home now) watched the horsemen of the Horsemen’s Re-Union with me last April. We talked about what they were doing and who was doing well. He’s friendly, knowledgeable, and outgoing.
It doesn’t take much research to discover he’s actually more popular than many of his peers at the Re-Union. (Heck, he’s got twice as many facebook fans as the event itself!) He’s one of the best reiners in the world and recently returned to the States from Australia’s Equitana where he’s hailed as a fan fave and has been featured as an All Star.
What I like about Schiller is his no-nonsense approach to teaching. He’s easy to understand and delivers his message without fuss or condescension. You can find scores of his free video tips on line – another vote in his favor. Most are formally produced. But I like this one for its spontaneity and off-handedness: