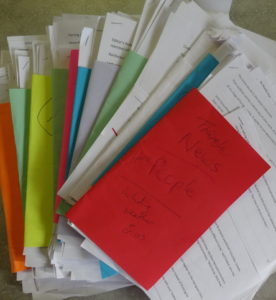 The process of formulating, writing, rewriting, and editing A Rider’s Reader is done!

It was a long, challenging task for this first-time author. What started years ago as an idea got intense over the past five months as a professional editor and publisher came on board.

Several friends and colleagues, including poet Gary Lawless and producer Cindy Meehl, weighed in on the manuscript. It became necessary to amend personal favorites and suspend my ego as entire passages were cut.

You’d think with a library of 20,000 images, I could come up with a good cover shot. Not so. I hired a professional photographer.

When it came to revisions, I’m old fashioned. The most effective way to edit was by scrutinizing actual printed pages, not illuminated word documents on a laptop. Thus, at least seven versions of the 300-page manuscript 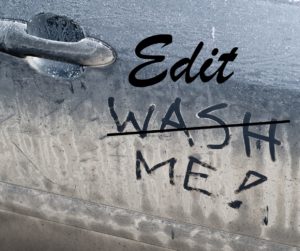 were lugged out of my local copy center.  Recycling bins got heavy, I’ll tell ya.

After proofreading the manuscript scads of times, you’d think it would be free of typographical errors and issues of flow. Not so. Think of the manuscript as a car I was trying to buff and polish. I’d take a break, make myself a cup of tea, and come back to find  a dust storm had mysteriously wreaked new havoc. Arghhhh!

And if I was driving that manuscript-car, it was something that started out running clean and smelling great. But by the time I sent final approval to the publisher last week, I wanted to trade it in. 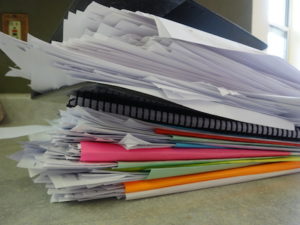 A writer-friend told me it wouldn’t be a worthwhile read if I wasn’t completely exhausted and exasperated by the process. I am. So, let’s take that as a good omen.

A Rider’s Reader, exploring horse sense, science and sentiment will be available May 1.

Posted in General and tagged A Rider's Reader, Wasteland Press.