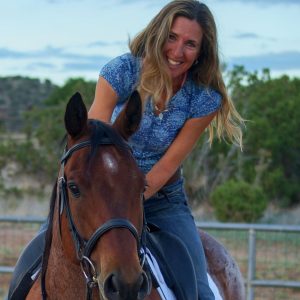 Editor’s Note: 2018 Best Horse Practices Summit presenter Katrin Silva grew up riding dressage in Germany before moving to the United States at age 19 to learn to ride Western. She’s been riding both disciplines for the last twenty years and is a regular guest columnist for Cayuse Communications. She lives in New Mexico where she works with dressage and Western clients. Visit her blog here.

In this ongoing series, Katrin Silva and Amy Skinner will preview elements of their Summit presentation. Read more about their exciting, informative arena presentation here. 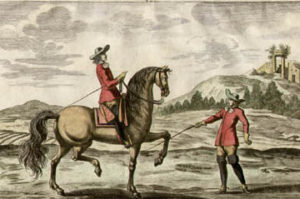 Western riding, on the other hand, is a working style of horsemanship, which means that a rider usually gets on the horse for practical purposes, like moving cows. A good Western horse is tasked with a job that might be different from the rider’s job – stay with a cow, for example, or maintain a constant jog until further notice. This horse is a trustworthy and responsive partner, allowing the rider to focus on things other than riding.

The division between riding with or without a practical purpose has been around for a long time.

Dressage enthusiasts like to point out that their history goes back 2,500 years to ancient Greece, where Xenophon wrote a manual called The Art of Horsemanship. Institutes like the Spanish Riding School of Vienna preserve this tradition today, and the many books written about dressage over the last 400 years have codified it.

But like dressage, Western riding also has a long history, dating back to cavalry riding and mounted bullfighting in medieval Spain. The Spanish conquistadors imported their type of horsemanship to North America in the 16th century, where it evolved into the reined cow horse tradition of working large herds from horseback in what is today Northern Mexico and California. A second wave of horses and English-Style horsemanship made its way to Texas from the East Coast during the 19th century, where it quickly adapted to the unique demands of ranch work and cattle drives. 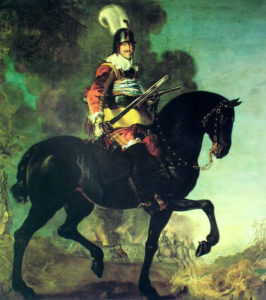 Yet if we look a little more closely, the distinction between dressage and Western riding is not clear-cut, and never was.

For most of the millennia of horse domesticity, riding for the sake of riding would have been an impractical, unimaginable luxury no civilization could afford. Horses were used for transportation and agriculture and they played an especially important role during times of war. Well-trained, easily maneuverable horses could help win battles.

In ancient Greece, Xenophon gleaned his wisdom from cavalry horses. The airs above the ground, like capriole and levade, still practiced in the Spanish Riding School, evolved from battlefield maneuvers. The thought of horses being used to win wars makes most of us cringe, but like cow work, this kind of riding had a practical purpose.

The horsemanship perfected in the baroque riding schools of Saumur and Vienna came straight from the wars fought all over Europe since the Middle Ages. Cavalry schools remained an important influence on dressage until the 20th century, especially in Germany.

Western riding also traces its origins back to medieval battlefields. The Moors, mounted on lighter, more agile horses, invaded Spain in 711 and influenced horsemanship on the Iberian Peninsula with early versions of hackamores and spade bits.

Skip to the 21st century and we still ride horses. Why?

For many of us, horsemanship is a sport, or, rather, an array of different sports that seem to have little in common with each other and with their roots.

A working cowboy today would not have much use for a horse that does well in Western pleasure classes or most of the other competitive Western disciplines. In a reining pattern, horses perform four spins in a row. That might look impressive, but it’d be a silly thing to do in actual cow work.

“Western” and “dressage” mean different things to different riders. These horsemanship traditions evolve with the culture they are part of. This is not necessarily a bad thing, just a fact.

There’s another, more important reason why the dividing lines between Western and dressage are blurring. Most of us don’t just ride to win ribbons at shows. Nor do we work cattle as an occupation.

Instead, horses today are companions, exercise partners, mirrors of our bodies and souls. For most of us, riding horses is neither work or art, it’s a hobby, a lifelong passion, a form of meditation, a sport, an opportunity to connect with another being, or a combination of these elements.

This is why labels like “dressage” or “Western” don’t mean as much as they used to. We ride because we enjoy riding and because we love our horses. We want to understand our horses better and to ride them in a way that helps them instead of breaking them down mentally or physically. Western riders can learn a lot from dressage riders about gymnastic development of the horse’s body and the progression of training according to the time-honored principles of the training scale. At the same time, dressage riders can learn a lot form western riders about lightness, responsiveness, and mutual trust. It’s time to focus on what we all have in common as horse enthusiasts, instead of on the comparatively minor differences between us.