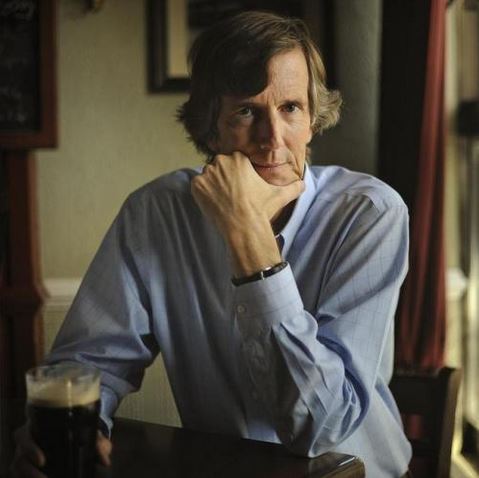 Mark Stevens is the acclaimed author of the Alison Coil mystery series. The books make up a thoroughly 21st century series, with well-researched, thought-provoking themes and a firecracker protagonist in Coil. From first to last, they are titled: Antler Dust, Buried by the Roan, Trapline (which won the Colorado Book Award for Best Mystery), Lake of Fire, and Melancholy Howl,

All Alison Coil books available in the Cayuse Library.

Cayuse Communications (CC): Can you tell us how you developed the character after which the series is named, Allison Coil? 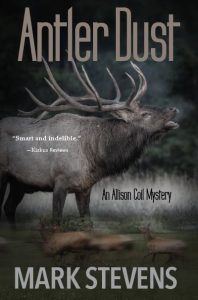 Mark Stevens (MS): Developed is the right word. Allison was based on a woman I met in the Flat Tops Wilderness years ago—a young, smart, enthusiastic, dynamic, energetic woman who loved the Flat Tops, loved horses, and who worked as a hunting guide, too. That was the core idea—a woman in a role I had assumed was a guy thing. (Dumb me.) From there, I wanted her to be someone who was an outsider to the Flat Tops. I wanted her to be new to living in the outdoors—so we could see that transition through her eyes. And I also wanted someone who had a strong reason to feel protective of her environment. So I coupled the core idea of Allison with the notion of random death. I spent nearly 20 years as a reporter and covered many major disasters (earthquakes, wildfires, floods, volcano eruptions, and plane crashes). It’s a fairly grim topic, but you can’t help but think about random death if you’ve seen some of these disaster zones. So I added into Allison’s background that she was a survivor of a commercial airplane crash and that she had found that the Flat Tops became her healing spot.

CC: You have great themes that run through your mysteries – like marijuana legalization, fracking, doomsday preppers, and wildfires. The reader ends up getting educated in a pretty neutral way. Can you describe your approach to selecting themes and weaving them into the story? 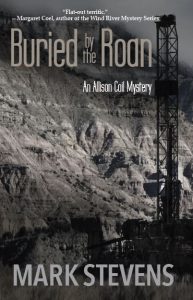 MS: The news. I’ve been a voracious consumer of the news since I was in junior high school. During college summers and immediately after college, I worked as a reporter and television news producer for a combined 20 years. There is no shortage of issues that are changing the way we live in Colorado and/or changing the Colorado landscape.

I think the hard part is deciding how to focus each novel on a few themes and make sure the story remains entertaining (one hopes) without getting heavy-handed. But from community newspapers all over the western slope, to High Country News, to great non-fiction books about all aspects of life in Colorado, there is ample fodder for real-life friction and, therefore, a good story, too.

I enjoy watching how the world changes.

CC: Many of our readers aren’t familiar with the Flat Tops Wilderness. Can you describe it, for, say, a New Englander? Why does it hold so much appeal for you and your storytelling?

MS: The Flat Tops are amazing. What else do you need to know? Unique. It’s wet up there; there are 110 lakes and ponds. Both forks of the White River start in the Flat Tops before flowing northwest. The area is north of Glenwood Springs, south of Meeker and Buford. (Tip: drive the road from New Castle to Buford in the fall for a colorful, serene treat.) But the main thing is the high, open meadows, fantastic hikes, and the fact that the peaks aren’t defined by towering summits. There’s a calm atmosphere in the Flat Tops. You can feel very lost, very “away” without too much effort. The hiking is extraordinary. So is camping, hunting, and fishing. If you know the Flat Tops, you love the Flat Tops. That’s a given. Its special flavor seemed like something I wanted to capture.

All Alison Coil books available in the Cayuse Library

Listen to Interview with Mark Stevens 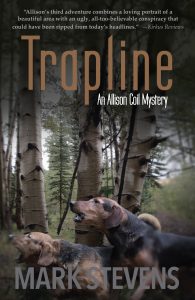 CC: You write women characters really well and have a good sense of their friendships, too. Do you attribute that savviness to your family? Workplace observations? Something else?

MS: Well, thanks. When I started thinking I would write a female protagonist, I was daunted. I started reading mysteries by women featuring women. I gave myself a challenge of looking for those key sentences or paragraphs that would demonstrate that special insight. A woman writing a woman must know, right? Must slip in the key bits that lend credibility, eh? Uh, not so much.

I realized I didn’t need to understand how to write all women. What I needed to do was understand my characters—especially what made Allison Coil click.

All books (correction, most books – hello Lord of the Flies) include both sexes. I think most writers want to give all their characters three-dimensionality, whether they are in star roles or supporting roles, so it’s a matter of deciding to commit to featuring a woman and getting to know her. 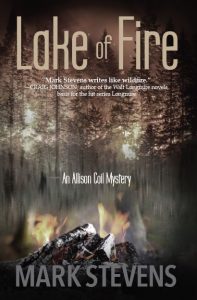 Yes, having two awesome daughters and an amazing wife helps immensely—and I always ask my early female readers to keep an eye out for key female issues. But the main thing I learned (I hope) is that the most important thing is to get to know the individual character; that’s paramount over everything else.

CC: You also portray really well the connection that Allison has with her horse, Sunny Boy, and with horses in general. And, yet, you’re not a horse owner and haven’t ridden too much. How did you get it right?

MS: Research. The web. YouTube. Books. Asking. It’s still not an area that I feel terribly comfortable. That’s a good thing, because I feel the need to check and double-check everything. I got some things wrong early on; I know that for sure. The woman who inspired the Allison Coil character read some early drafts and she’d say things like “don’t say ‘hitched her horse to a tree, just say tied.’ Doh!

CC: Some of my favorite passages are when Allison is on her own and you are writing about what she observes and what she’s thinking. One night, she feels particularly at home while looking at the stars from her spot in the backcountry. She prefers the Ute Indian description of the North Star, as, instead, the Star That Doesn’t Walk Around. True detail? Can you give us some insight into how you capture so many Allison moments like these?

MS: That North Star business, the Ute name, is correct. I’m not sure how to answer the rest of the question, but I do think some of her best moments are when she’s alone. She sees little details (to solve murders, of course) but she’s also quite contemplative about the big picture, big sweep of the universe, and her place in it. That’s largely a consequence of having survived the airplane crash, which has given her some perspective on life. 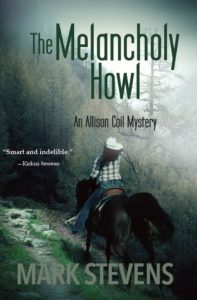 I love astronomy, evolution, paleontology, anthropology, geology—all those sciences that should show us we are only here for a very brief time—and so when I encounter a nugget I find a way to weave that into Allison’s thinking.

CC: Lake of Fire and Melancholy Howl are such page turners. I don’t usually read mysteries, but I loved them. Like me, you were a longtime newspaper reporter. Unlike me, you made the successful leap to fiction writing. Can you tell us about that? Has mystery writing always appealed to you? Does it come easily? What’s the most challenging element of fiction writing for you?

MS: Yes, I can tell you about the transition. Got an hour? Or two? I’m a slow learner. I spent 25 years writing fiction before getting published. I had good agents for several early-on projects, but never sold anything until after my fourth book (all stand-alone stories) was done. The writing was all on the side, as a hobby, but I worked hard for many years before feeling like I was getting somewhere. (Tip: join a writing group and get feedback! Attend workshops and go to conferences. I was slow to join writing groups. Big mistake.) I continue to learn. Since the first book in the series was published (Antler Dust) I think my style has improved—in fact the new edition of that book , out now, is updated with lots of lazy, crappy writing deleted for all time.

As to whether mystery writing has always appealed to me:

I really started digging mysteries in the early 1980’s. Big, big fan ever since. Started with Elmore Leonard, Patricia Highsmith, James M. Cain and I still read mysteries as part of my regular reading diet. Mysteries will take you all over the world, of course, and with some of the best writing you’ll ever encounter.

As to it coming easily:

It does not come easily, but I really enjoy working at the craft.

As to the most challenging parts:

I think the hardest part is feeling like you’ve got something fresh to say and that you aren’t just mimicking all that came before. Of course, when you write anything you are standing on the shoulders of others who have come before. You are joining a conversation. But when I’m writing I need to tell that negative voice, that little one that says you don’t know what you’re doing, to STFU. That’s the hardest part.

All Alison Coil books available in the Cayuse Library

Listen to Interview with Mark Stevens