Editor’s Note: This article was originally published several years ago when we interviewed Maine game warden John MacDonald. Since then, we’ve noted several shootings of horses by deer hunters. 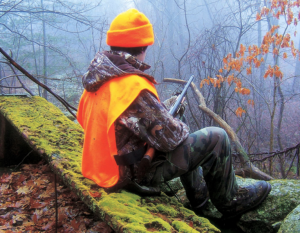 Maine game warden John MacDonald has seen a lot in his 10 years as a warden for Maine Inland Fisheries and Wildlife. He hasn’t investigated a deer hunter shooting a horse. Yet. It has happened in other states, like Michigan and Virginia.

“If you can dream it up,” he said during a phone interview, “it can probably happen.”

He should know. His peers just finished successfully prosecuting a hunter who shot a house.

The shot narrowly missed a woman on its way through two interior walls. The bullet ended its journey in the side of the family fridge.

I asked MacDonald if this was your stereotypical out-of-stater, parking wherever and bumbling around in what he or she assumed was a remote section of Maine woods. It was just that kind of person, a woman from Massachusetts, who shot and killed our family dog when I was a kid.

“No. This guy was a local. He knew the house was there,” he said.

Here is a pause for us all to shake our heads and contemplate sharing the planet with people like these hunters…Sounds like domestic terrorism to me. 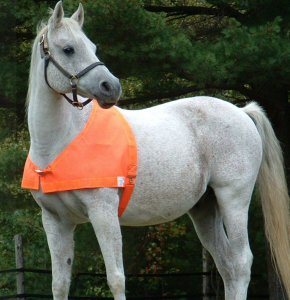 I mean no disrespect to hunters. The vast majority are solid outdoorsmen and women with a keen sense of safety and etiquette.

But there is a dangerous minority. They’re yahoos with no business owning a firearm, say nothing for traipsing around the woods with a loaded one. They often combine hunting with drinking and they make me nervous.

The idea started way back in 1990 when she acquired a young Arabian and pastured him in an area with plenty of hunters. After several tries, using her Arab as a guinea pig, she began producing what we now see dotted across many Maine fields and pastures. Her Mac Mountain Tack company produces hundreds of horse vests every year.

Almost all of her business is in the northeast United States, she said. That’s where hunters and high densities of non-hunting animal owners converge to make the season a stressful time.

There are other strategies: