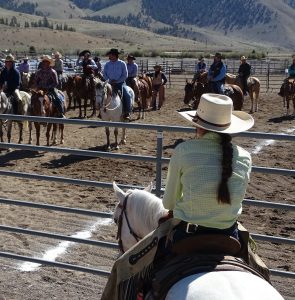 Roping competitors just before the national anthem at the Outside Circle Show in Creede, CO

In our travels, we get a sense of what makes for a great event. It’s the people, the focus, the details, and the feel. Feel, as many a horseman knows, is the elusive element that can make or break moments, most particularly for those paying attention.

While directing the Best Horse Practices Summit, I try to pay attention to all these features because setting up a good learning environment isn’t just about PowerPoints. It’s about hot coffee, clean restrooms, and happy, helpful volunteers.

Last weekend’s loose and sometimes rowdy Outside Circle Show in Creede, Colorado, was pretty much the antithesis of our academic conference. But we share a common dedication to details, a passion for what we’re doing, and for cultivating that particular feel which makes it all so special.

This year, they rocked it. Stay tuned for their next event and make it a priority to get there.

Justin Reichert and Nicole Grady have putting on an Outside Circle Show in Elko, Nevada for years. It’s featured scores of cowboy musicians and is partially funded by an auction of top quality gear, donated by talented cowboy artisans. A lot of ranchers and working cowboys show up as well as folks like me, sympathetic to the work and lifestyle. 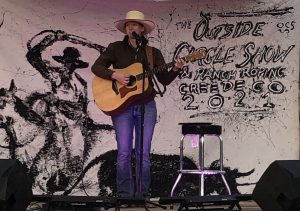 As the pandemic loosened its grip, the pair decided to host a show in Creede, Colorado, and add a roping event. For those making the trek to this small mountain town, it was a glorious blend of high quality demonstration of horsemanship and stockmanship along with stellar music with a fine shake of cowboy craft among a handful of vendors.

For doubters out there, this is decidedly NOT a rodeo event. The only hootin’ and hollerin’ was for the music. There was no grimace-worthy yahooing. Early on, a calf got loose on the fairgrounds and was quickly rounded up by the good hands on hand. Other than that, the roping was smooth and quiet, just as you’d want it. Jeremy Morris, who co-hosts the Wild Courage podcast, served as an entertaining, insightful announcer (always key at an event like this).

A stone’s throw from the Rio Grande River, we watched roping teams by day, milled with vendors, and then gathered around fires to listen to tunes as light left the fairgrounds.

“It was really, really well received,” said Nicole. “I think this is pretty much the apex of who we are and what we want to do. Not too big. Not too little.” 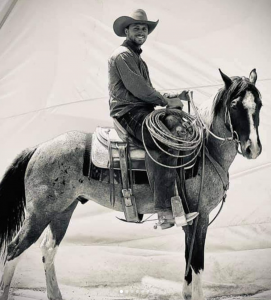 Added Justin, “I’m pretty tickled with how it went. It’s such a family at this point, with people stepping up when needed. Sportsmanship was there. I can’t stress enough how humbling it is to have it come off well.”

At one booth, Sofia Marquez offered portraits of competitors against a white canvas backdrop.

At another, Clay Jackson, who with his three-man teams garnered a win and fourth place finish, sold leatherware, as did Jeff Pace and Greg Gomersall. Kick ass silversmithing was on display, too, especially in the winning buckles by Molly’s Custom Silver (and won by Clay Jackson, Dustin Faucette, and Shawn Clark) and the Hard Luck buckles built by Clay Vigil and won by John Hardesty.

At another vendor booth, Maggie Hanna visited with folks about CCALT, the Colorado Cattlemen’s Agricultural Land Trust, which has conserved 675,000 acres in the state.

Over two evenings, over a dozen acts performed. Most were a singer and his or her guitar, like Shane Queener, Nikki McCleod, Riddy Arman, Summer Dean (who sang her new single, recorded as a duet with Colter Wall), Vincent Neal Emerson, and Charlie Stout. We also dug Kenny Feidler and Antonio Marquez and bandmates. 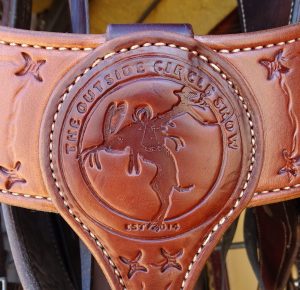 Loved them all. It felt like an eazy-breezy night around the campfire, except where the entertainment is so good that instead of focusing on shuffling out of the smoke, you’re frozen, mesmerized by the music.

Good will and good times are hard things to capture, blend, and master. But it sure felt like the Outside Circle Show did it again. 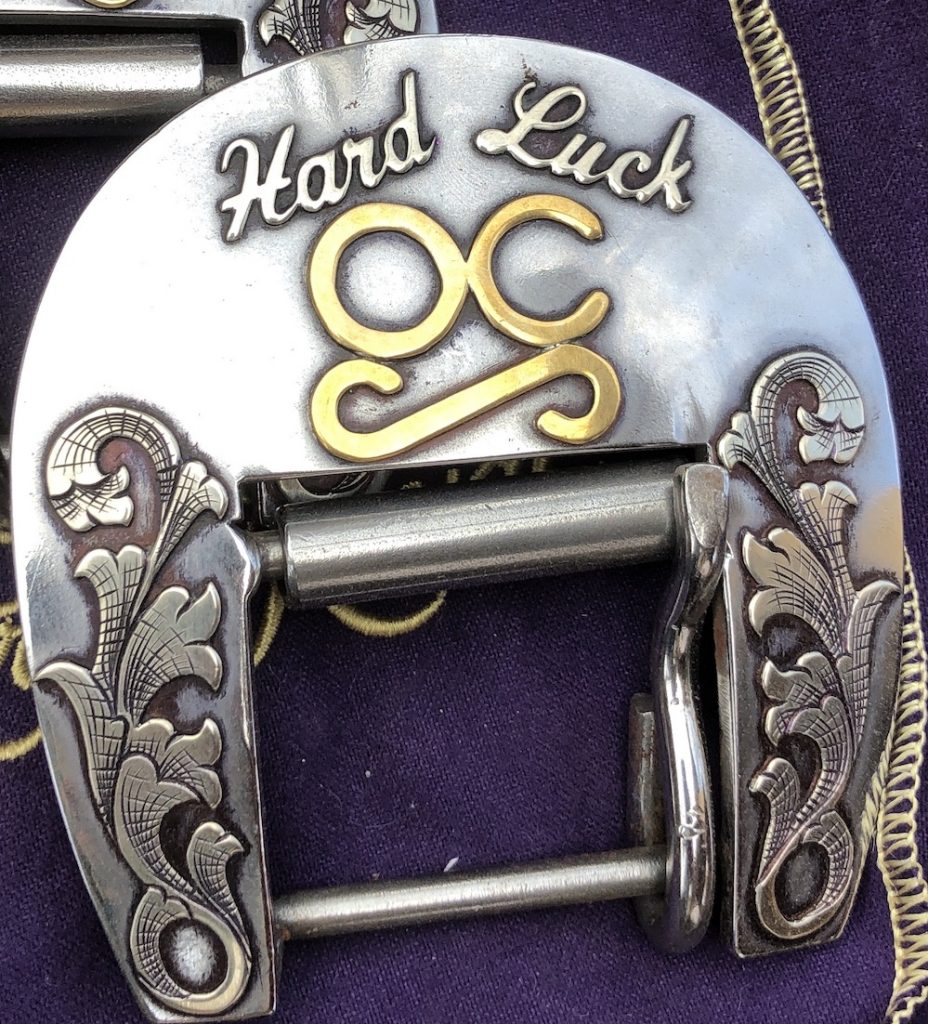 Hard Luck buckle made by Clay Vigil was given out, according to organizer Nicole Grady, to “the roper who busted his butt all weekend, supported his team, but just couldn’t catch a break.