We hear this week from our friends at Pharm Aloe Equine and one of their success stories.

Aloe Vera is dose responsive (up to a point) as determined by the University of Wisconsin research project, meaning the more you administer the greater the result.  This mare required more aloe for a longer period of time than the average.

As I began to see my mare’s demeanor change when she would walk away from me when I entered the paddock and stand in the corner; when Savannah began showing extreme sensitivity in her flanks, girth, and under belly.  And not to mention her over-the-top spookiness along with ADHD.  I suspected she had ulcers. 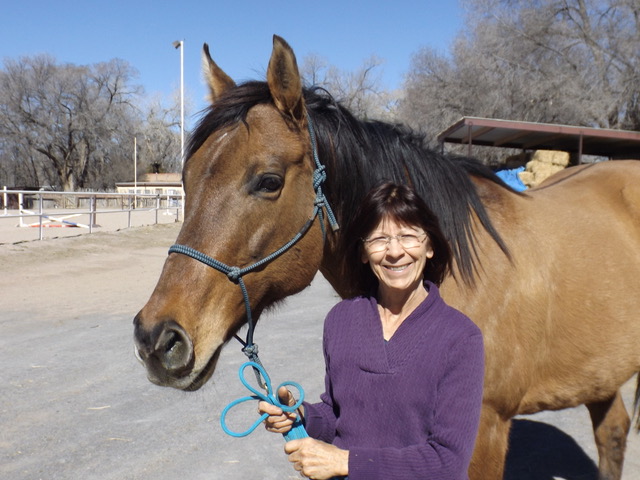 I administered many treatment solutions – omeprazole, sucralfate, other acid-reducing supplements, herbal supplements – but the results were either not effective or only temporary.  The ulcer symptoms always returned. Needless to say, I was becoming very frustrated.

After six weeks, there was not much of a change in her symptoms.  I contacted a Pharm Aloe Equine representative and she suggested that since every horse is different and Savannah weighed around 1,130 pounds, to increase the amount to four cups daily.

After about three more weeks, her ulcer symptoms had begun to diminish and have pretty much disappeared.  I am so pleased that I have my calm and peaceful Savannah back now.  I am so thankful for Pharm Aloe Equine  pellets and 4X Concentrate!