Editor’s Note: This obituary, written by Maddy Butcher, was published in the Portland Press Herald.

Read a Celebration of Life for Sally here.

Sally King Butcher died October 15, 2022. She was born June 22, 1935, to Louise Baldwin King and Woods King. She was predeceased by her parents and her two brothers, Woods King Jr. and Arthur Baldwin King. 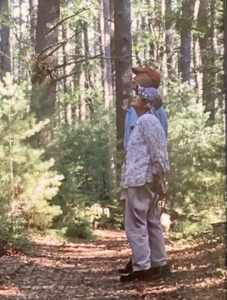 She received her secondary education at Madiera School in Virginia and graduated from Smith College in Massachusetts in 1957. She married Samuel S. Butcher in 1961. After moving to Brunswick, Maine, in 1964, they raised a son and daughter, Samuel W. Butcher and Madeline Butcher.

Sally was an active volunteer in many arenas of her community, wherever she lived. She introduced scores of children and adults to cross country skiing through the Brunswick Recreation Department. She also coached skiing at Bowdoin College and, of course, taught her children to ski.

She was an accomplished and enthusiastic photographer whose photographs have been displayed in exhibits and in books. She traveled often to learn from her mentors in Santa Fe, New Mexico.

Sally was a keen listener of stories, painstakingly recording many of older Maine natives and transcribing their words for posterity. She published Creative Survival, a compilation of stories told to her by Azel Adams, who as a young boy worked and lived at a logging camp in northern Maine. 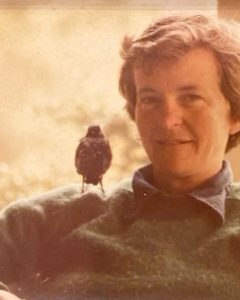 While the couple lived in Montana for several years, she recorded interviews with Walter Baird, a Montana miner whom she met while training bird dogs in Butte.

Sally was a licensed wildlife rehabilitator and dedicated years to helping injured or sick wildlife, mostly birds of prey. She published Friend Owl, a book featuring her photographs as well as the sketches of her friend, Pirkko. The book describes the rehabilitation and eventual release of a young Great Horned Owl.

She trained dogs her entire adult life and particularly excelled at bird dog trials, agility, and therapy work. For years, Sally visited schools, libraries, and veterans at the VA Hospital in Augusta. She observed that her “reading dogs” were very good at listening, while not laughing or correcting young readers.

Her love of fishing, hunting, canoeing, sailing, camping, horse riding, and berry-picking spread affectionately to her children and six grandchildren. She was a lifelong learner, especially curious and engaged with her natural surroundings. She taught her children to sail and the family went on many overnight outings by sailboat or canoes, along coastal Maine as well as on Maine’s great rivers. 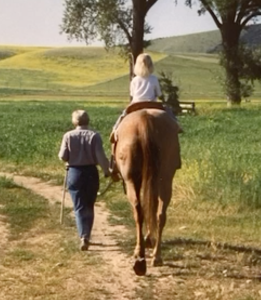 She is survived by her husband, Sam, their daughter, Maddy, and their son, Sam, and his wife Karen Clark Butcher, as well as grandchildren, Georgia, Max, Charlotte, Aidan, Beau, Cormick, and a great granddaughter, Aila.

In lieu of flowers, please consider contributing to People Plus or Midcoast Hunger Prevention, both based in Brunswick, Maine.