Cayuse Communications was the only media outlet interviewing the team during their journey. We have the most extensive catalog of Unbranded features, topping all other publications by dozens of pages. 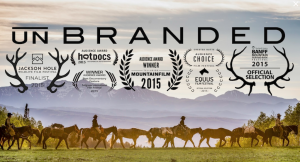 Unbranded isn’t all about horses. There’s a strong message of conservation and access to public lands, too.

Says Ben Masters in this Kickstarter video:”There’s not enough room out there for the wild horses and sometimes I feel like there’s not a lot of room out there for us either…I think we’re saving each other by doing this long trip. We’re getting them out of their captivity and they’re helping us get out of ours.”

Our interview with Unbranded’s Masters continues as they head into Yellowstone National Park: 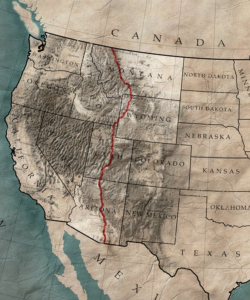 Ben Masters: Yeah absolutely. There’s 773 million acres of public space in the United States and I don’t think a lot of people realize it’s there and ours to use. So almost our entire route, from Mexico to Canada, is a patchwork of BLM, national forests, national parks, wilderness areas. I think it’s pretty incredible that there’s a corridor of public land with almost no fences all the way from Mexico to Canada, and that you can still do a trip like this on.

MB: I noticed you all are carrying guns? Is that for grizzlies or something else?

BM: That’s to kill a horse if it breaks a leg.

MB: Have you ever had to do that?

BM: No. Hopefully, we’ll never have to pull those pistol triggers.

MB: You already have a strong fan base. Have there been any liabilities associated with the advanced promotion?

MB: You took a similar trip with two friends in 2010. Can you tell me a bit about it? 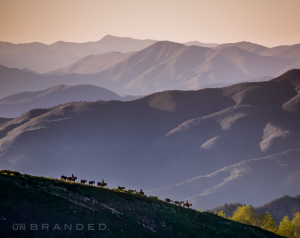 MB: You often mention nice meals when you occasionally reach towns. How are you hanging in there with camp meals?

BM: We resupply food every 10 days or so. Before the trip started we prepackaged food boxes that had everything we needed and then our mothers sent us those food packages so we could pick them up. That way we would not have to go shopping.

BM: We eat trail mix bars and candy and that kind of thing all day and then we just have one big dinner. Usually, it consists of pasta and canned foods and then we have some dried foods, too. Astronaut food kind of stuff.

MB: How about jerky? 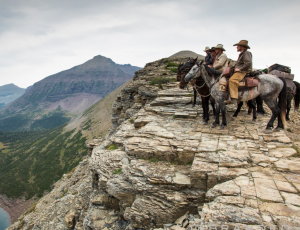 MB: So if something bad happens, what’s your contingency plan?

BM: We have a satellite phone and we also have an emergency beacon where you hit the red button and a helicopter comes in and brings you out.

MB: I was studying the route and your time and mileage. The route planning seems like an incredible logistical feat.

MB: I imagine it took a lot of time.

BM: You have no idea. There are so many things to take into consideration: The elevation. The time of year. The grade and condition of the elevation at that time of the year. Water availability.

There’s a lot of thought that went into planning the route. Realistically, it took about a year or so. I don’t know how many hundreds of hours.

It’s paid off. The route’s been good to us. We haven’t had too many mishaps.