Editor’s Note: I wrote this piece years ago, while I was living in Maine and owned Phoenix, a broodmare Paint originally from Massachusetts. With winter coming, we thought it would be an important conversation to have with our readers as they may be contemplating the same difficult decision. Have courage and share your thoughts, Maddy Butcher 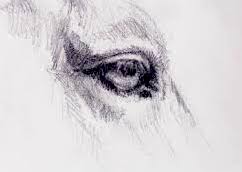 A few months ago, I told myself that it’d be best to put down Phoenix when she came off grass for the season. With compromised teeth, she’d been doing much better on grass than hay. When I gave her hay at night, she looked at it and looked at me.
“What am I supposed to do with this?” she seemed to ask me.
And so this last week, when my horses were back from the pasture for until next May, I made the dreaded call to my longtime friend and veterinarian, Dr. Linda Barton.

These thoughts, as I wrote about earlier, bubbled to the surface as I dealt with the reckoning:

I waffled back and forth. Hers was not a sudden injury. Some days, as I watched her and groomed her thin coat, I changed my mind a dozen times. Some days, I was mired in an indecisive mud. 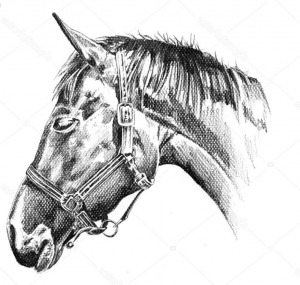 Coincidently, I got an email from Kim Stone, a Mainer working on a ranch in Idaho: “The cow boss lost his horse today. The horse broke its leg and it had to be shot in the field…we will have to ride by the dead horse for the next several days,” she wrote.
The cow boss’s decision was quick and correct. In comparison, I was second-guessing every day, every hour.

In the end, I stuck to my decision to euthanize. The actual process — from administering the shots to burying her – was dreadful. All the credit due to vets like Linda who must be there time and again. We don’t think about death when we acquire our animals. On that decided day, all the joys and routines of her life seem crushed by the weight of that cruel moment.

Now that she’s gone, I am trying to overlook those ugly minutes and focus on happy, richer times. That’s what Phoenix did — she enriched my life. I tried to tell her, “Thank You. Rest In Peace, with as much grass and sun as you can manage!”

Here is one of my favorite poems by Henry Taylor. It may be about the passing of a human friend, but I think of it fondly when I lose an animal, too.

“Someone we love, old friend, has telephoned
to let me know you’re gone – and so you are.
I touch the steady books: my mind casts back,
then forth, and says, as you said once, “so long –
I look forward to seeing you everywhere.”

Listen to Vess Quinlan recite “Where the Ponies Come to Drink”