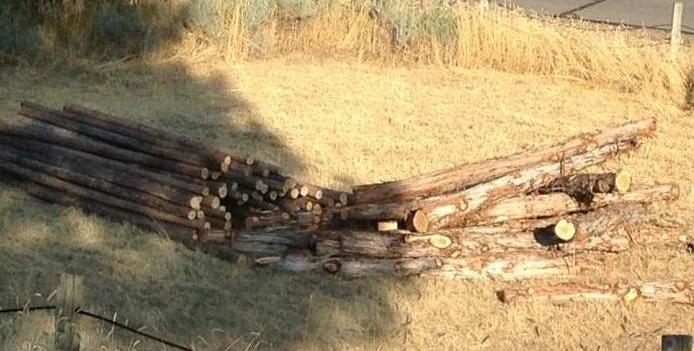 In the beginning, there was just a big pile of wood.

Editor’s Note: This post was initially written in 2014 and has been updated.

I thought that I was handy and strong and that my DIY accomplishments were somewhat impressive. Then I met Raechel Nelson. 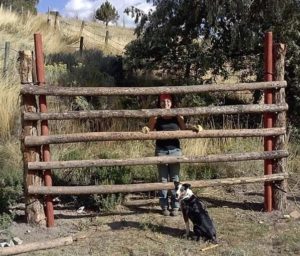 Nelson stands behind a finished section. Story poles are red and vertical.Then, I met Raechel Nelson.

The young dentist and future Best Horse Practices Summit board member and lived down the road from me.

I met Raechel through her dog, Pebbles, the cutest cowdog ever. One day, as they were headed out to the neighborhood trails, I stopped to tell her so.

Then, I noticed all the pine poles and cedar posts in Nelson’s yard. She told me she was building her own round pen.

Check out our DIY index.

This slight woman (5’2’’ and slim) is going to construct a 50-foot wide round pen with foot-wide cedar posts and five-inch wide rails? Those cedar posts are more than double her weight. The top pine rails would run well over her head.

I asked her why not buy metal round pen panels and be done with it? 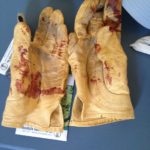 “It’s stronger, cheaper, and matches our surroundings better,” said Nelson, who grew up on a Colorado ranch before attending the Universities of Nebraska and Colorado. (Kacy Catanzaro ain’t got much on this gal.)

First, using a spud bar and a post hole digger, Nelson dug three-foot holes to sink the tree-like posts. She muscled the 15 posts into a perfect, pre-measured circle, 50-feet wide.

Next, she built two story poles and drilled holes for five rails in each of the 14 sections (leaving one smaller section for the gate). She 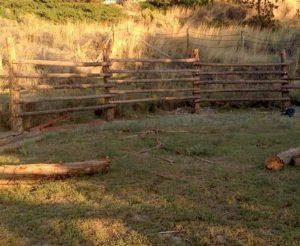 secured each rail to the posts with 10-inch nails, a feat requiring fortitude, pre-drilling, and a four-pound hammer. What’s a story pole?

The work was hard and not without some missteps. Once, she had to re-dig one of those huge post holes. Another time, her nose had an unfortunate run-in with her hammer. Happy to help with such a fun, albeit arduous task, I joined Nelson to assist with some rail nailing.

After about 50 hours of planning and work, the round pen is ready for Nelson’s beautiful cremello buckskin, Maggie, and Maggie’s new colt, Gunner.

Check out our DIY projects 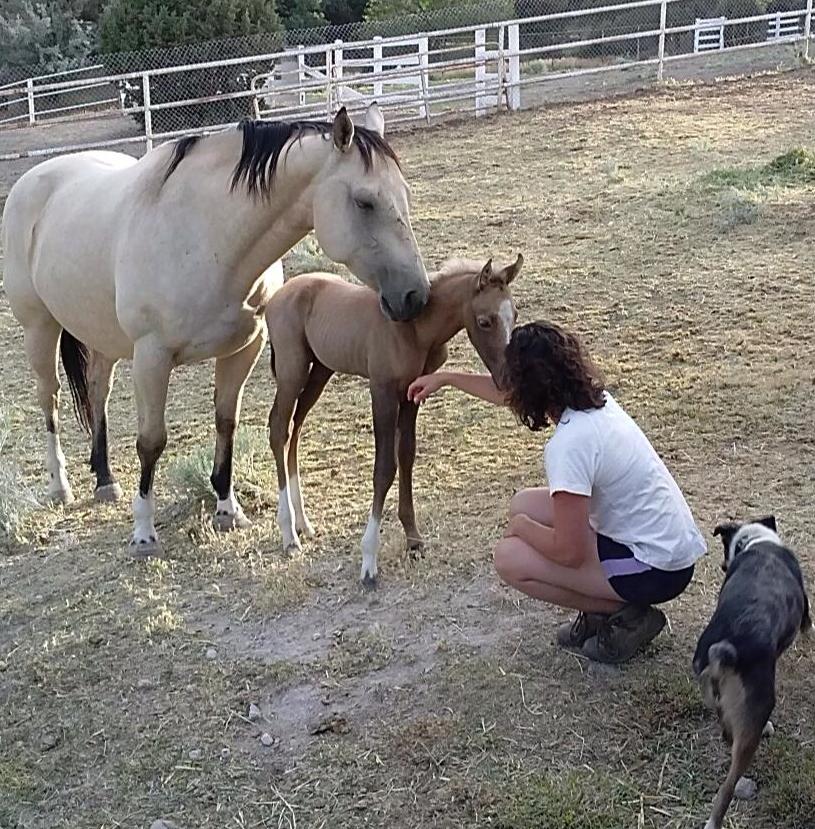 Posted in DIY and tagged DIY, Do it yourself, round pen.