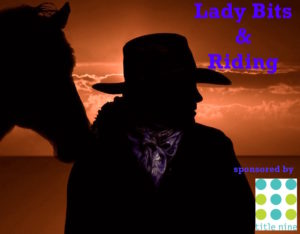 You can’t consider bras without considering lifestyle. And if our reader feedback and surveys are representative, here’s what our lives are like:

Despite our excellent and eclectic days, we most definitely do not want to switch bras as we switch endeavors. Title Nine has many, many options for women 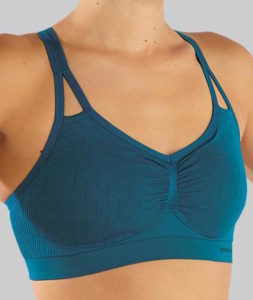 like us. They call them Work-to-Workout bras. I tried two of them, the Barely Bra by Patagonia and the Straptastic, an exclusive by Lole. Both are great choices for us smaller chested gals.

The Barely comes with removable cups, a feminine center gather, and attractive (not too thin, not too think) straps that meet in the racer back. It lived up to its name as I started my day with horse chores and a strength workout at the gym before moving to office work, never noticing too much or too little support. 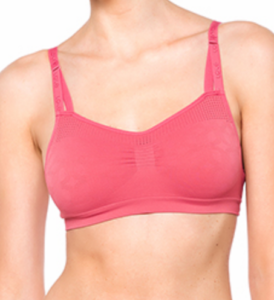 As dinnertime approached, we headed out for a quick ride. I did swap out the t-shirt for a warmer button-down, but the bra stayed on.

The Barely Bra passed the Loping Test with flying colors.

What’s the Loping Test? It’s the best way to assess the worthiness of a bra, especially for its straps and support: if you modify your riding posture to be more comfortable OR if the straps slip off your shoulders when you’re loping your horse, then the bra has failed you. 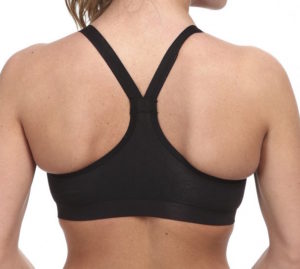 Barely Bra has a racer back

The Straptastic is a close cousin to the Barely Bra with a tad more support and a slightly sexier profile. It differs with a back clasp and adjustable straps that attach conventionally or can be switched for a crossover look. It also has removable cups.

While both have a blend of nylon, polyester, and spandex, the Straptastic is of just slightly heavier construction. That translated to better coverage and better durability with many washes, but the trade off is that it’s not quite as soft as the Patagonia bra. 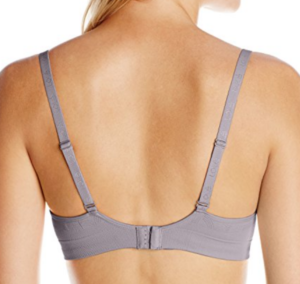 Straptastic has straight straps or can be crossed over.