Editor’s Note: I haven’t met Dylan Biggs, but the owner of TK Ranch in Alberta, Canada, caught my attention when, some months ago, I heard him talking about stock dog training here.  I following his ranch news on his Instagram feed. Occasionally, Dylan shares excerpts from his grandfather’s memoirs. This is one of them, republished here with permission. 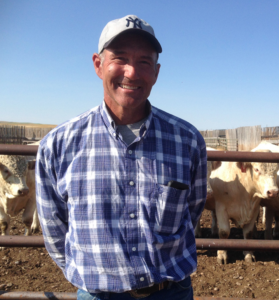 My Grandpa Jack Hallett arrived in Canada in 1905 with five dollars to his name at the age of 17 all on his own from England. This excerpt from his memoirs helps me with perspective, considering the 2021 drought.

That winter I married a young lady who lived south a few miles. I thought Helen Sherer was nice enough to see quite often. The summer of 1915 was ideal and I had a very good crop of oats. I made a little out of the crop and also the cows that I had bought and was able to make payments due on them.

In January 1916 I married Helen and batching days were ended. 1916 was a very wet year and the crop was partly hailed but we had enough for winter feed. 1917 was dry and crops poor. I rented 20 cows on shares which proved to be a costly operation as they were infected with bangs disease. I had only two calves from the whole herd. These cows were given back to the owner Mr. Fredrickson and I learned a lesson. 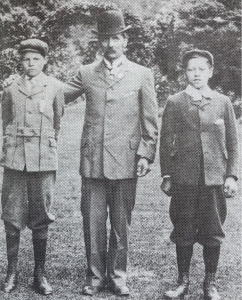 Jack at left, with his father and brother, in 1901, before leaving England

I sold the place on section 16 and purchased the place where I now live. In the spring of 1918 we moved here in time to put in the crop but this turned out to be another dry year with frost in July. I had paid $500 down on the place but could not meet the payment due in the fall.

On November 11, 1918 World War I ended but the epidemic of influenza that followed took the lives of many people. My hired man became ill and was taken to the Castor hospital and died in two days. Helen and I also came down with the flu and were attended by Dr. McPherson at our home. Helen was sick only a few days and passed away on December 23. This was a severe blow to me but I finally got up and around and was able to do my chores. I was alone again and felt pretty discouraged after three happy years. I had lost my partner, my crop, was in debt, but had to carry on.

The post war period was tough, especially for farmers. In 1919, I had a fair crop which was sold through the first Canadian Wheat Board at $2.40 per bushel grade 1 basis. Prices did not drop until 1921 and 1922 when wheat dropped to less than a dollar a bushel. Good beef steers sold for 3 cents per pound. 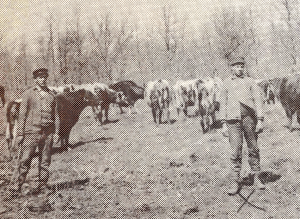 Jack, at right, at one of his first jobs in Canada

I had about 100 head of cattle and ran short of feed in April. I bought oat bundles for $.15 each and hauled them 20 miles after digging them out of 2 feet of snow. Only about half the crop was thrashed in 1919 due to early snow which came in October and stayed.

In some areas many cattle died of starvation.

Hay sold for $65 a ton some being shipped in from Manitoba. Farmers borrowed money from the banks to buy feed for the cattle and found that their cattle were not worth the cost of wintering them. Poor cattle prices continued in 1921 and 1922 with prospects of still lower prices.

In September, 1922, on account of the new tariff restrictions against cattle entering the United States, I decided to sell the yearling cattle. This new tariff was not generally known otherwise there would have been a run on the market. In June, I contacted George Madill, a cattle buyer in Castor, about selling 40 head of yearling steers and heifers and he gave me an offer of four cents a pound for heifers and five cents for the steers which was a good price. 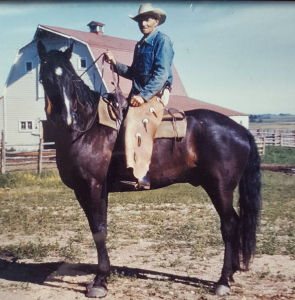 Jack in his later years

The only way to get market prices was through our weekly paper, for with no radios, prices were a guess. I did not want to appear too pleased with the offer so after a little bickering I accepted. He put these cattle on pasture for the summer. In October I saw him and he said I’ll sell you back the cattle for exactly half the price that I paid you. He had lost even with the gain in weight.

The money I had received in June was used to pay debts and to finance the cost of putting in the crop of 1923. I still had a few cattle left in spite of the fact that low prices loomed in the future.

I hope you enjoyed that little excerpt.