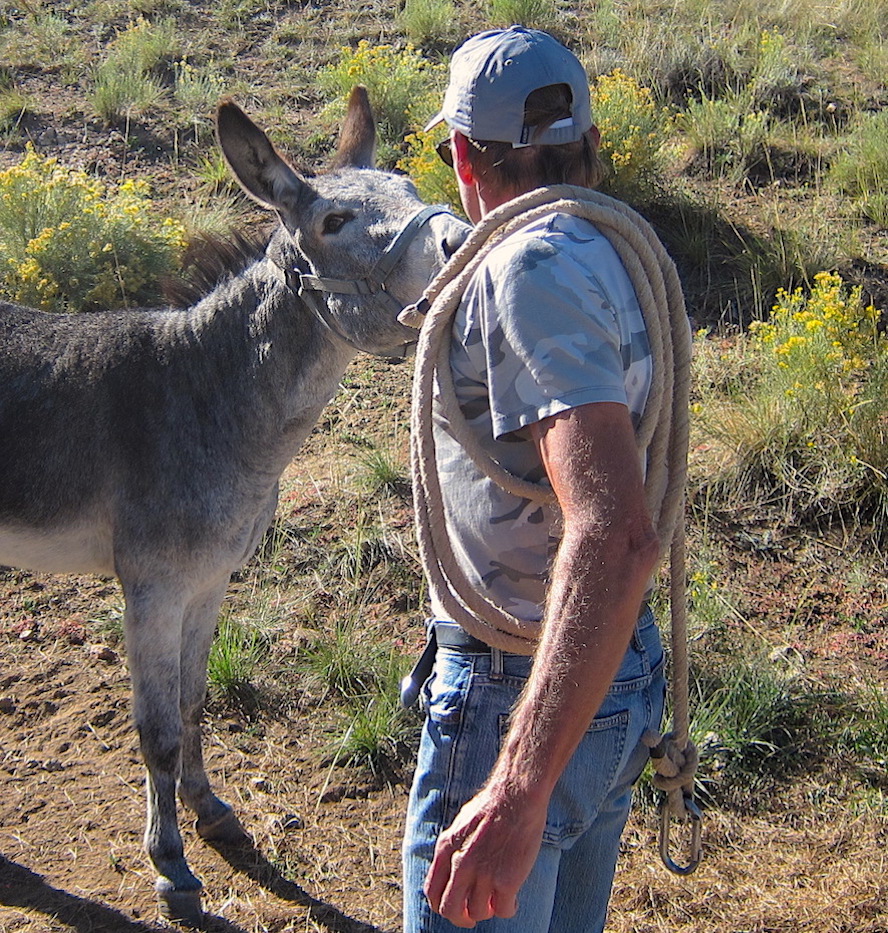 Check out his website and find links to his books here.

Standing directly below on the slope of boulders and brush, Blue Rodeo was apparently caught up by his rope.

It was not clear how to get to him. I surveyed the situation, then skirted around the cliff and scrambled down the steep slope through the brush and rocks. He snorted as I approached. I spoke to him so that he might recognize my voice and I moved slowly. As I drew near he startled me by charging in a rage of fear and adrenaline. I scrambled uphill to get out of the reach of his rope, falling down a couple times in the process. I waited to see if he would calm down. I could see the rope was tightly wedged between two boulders. When I approached the second time he chased me back uphill again. In getting away I slipped and tumbled a couple more times before escaping upslope by climbing a boulder. I sat perched on the rock trying to figure out what to do. 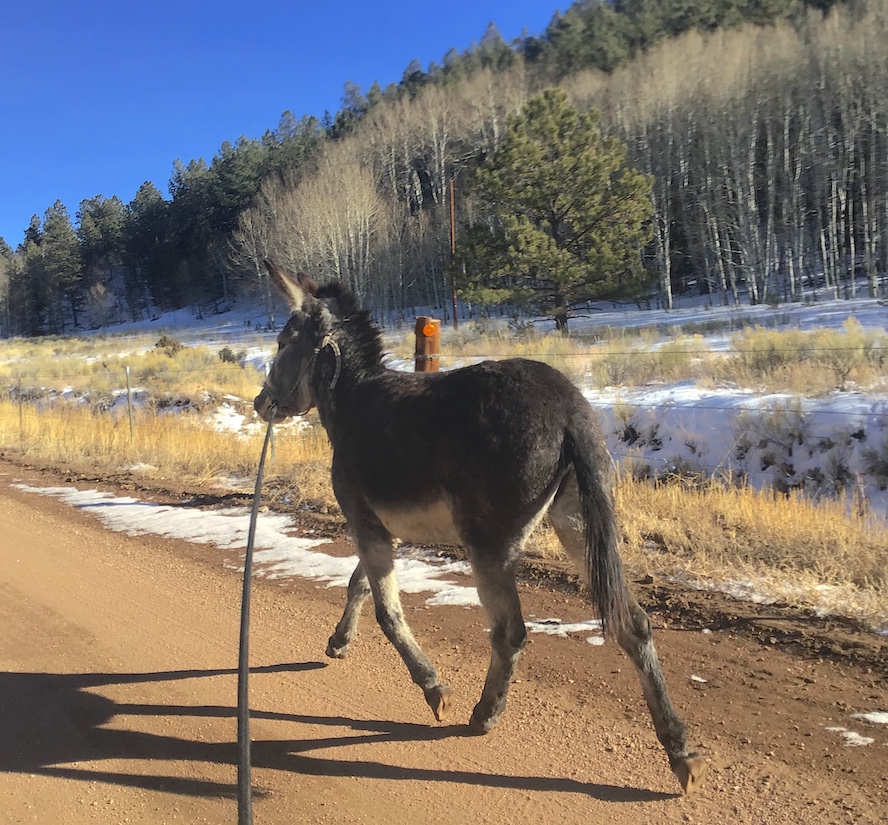 When I moved again, Blue bolted downhill away from me, got tangled in the rope and went down in a heap. The rope had looped around his nose and his feet. He was hopelessly tangled and completely wadded up. I could hear him struggling for air.

The rope was now drawn extremely taut and wrapped around a huge mountain mahogany shrub. I reached for my knife but realized I’d forgotten it in my rush. With no other choice I began breaking branches off the mahogany bush one by one with my bare hands. I could not hear any breathing now and assumed at this point Blue was dead. I kept breaking branches anyway until I could get some slack in the rope. With much effort, I lifted it over the rest of the bush.

As I did so, I saw some faint life still in the burro. I freed the rope from the boulders and then hazed Blue by waving my arms and yelling until he moved. When at last he clambered to his feet he tumbled sideways over and over down the slope, coming to rest on his side but with his head up. 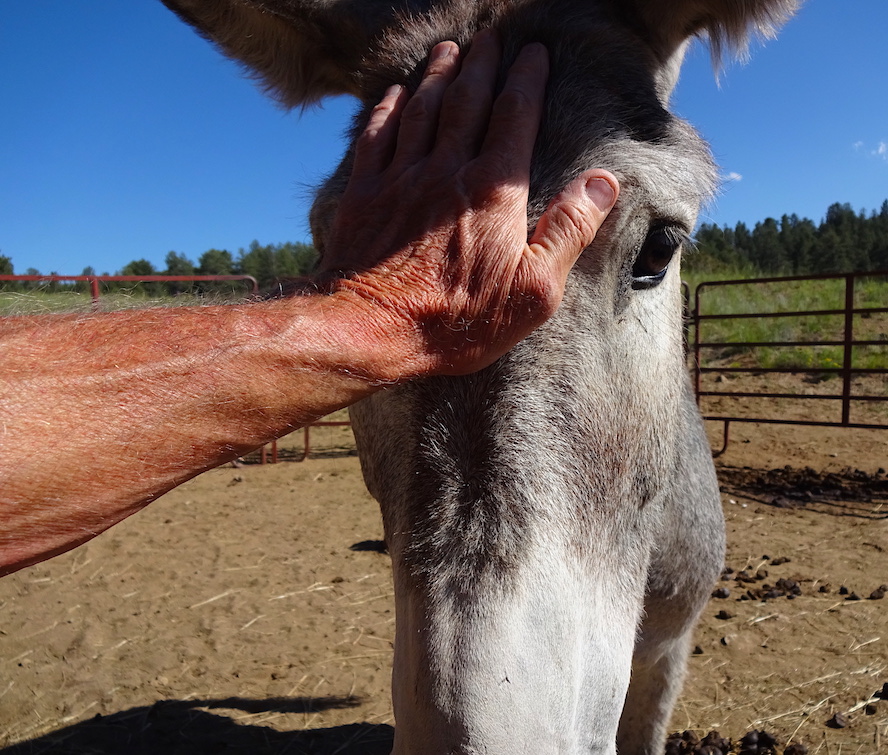 Cut and bleeding myself, I moved slowly down the slope, talking to the burro the entire time. He stood up as I approached. He did not charge me and he did not run away. The rope was looped loosely around him. I walked up to him and grabbed the lead near his head and unwound it from around his barked-up body. I let him rest a few moments then began leading him back up the mountainside.

It was extremely steep going, picking our way around boulders and downed trees, brush and cactus. Blue was now a completely different animal, giving his trust to me like I was some minor deity who had come to his rescue.

We picked our way up the slope, at last coming to the place where I had left my bike on the old deserted logging road. Not wanting to take any chances, I tied Blue to a tree while I ditched the bike. Then, in the fading light, we set off on foot, jogging back toward the truck, about 6 miles away.

It was a glorious fall evening running out of there. We ran back past the place where the aspen had fallen and I thought about the timing of everything, and the bizarre timing of events that we call life. I felt more alive than I had in quite some time. I’m sure Blue Rodeo did as well.