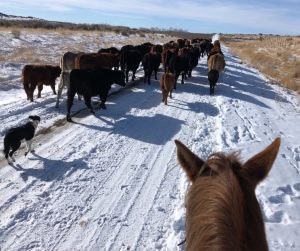 Years ago, a Montana public safety agency produced a Designated Driver video, featuring a trusted steed at liberty, picking up his cowboy from a bar.

Because one-upping is fun, I set about making a better horse-as-sober-friend video. I convinced the owner of the Old Goat in Richmond, Maine, to free up his pub for an evening and I recruited a high school filmmaker. We planned and practiced and storyboarded. Friends stepped in as actors and helpers.

On the designated day, I headed up the highway with my mare, Shea, for one of the most endearing memories I would have with this big, steady, sweetheart of a horse. We picked a Monday because the Goat would be quiet and therefore best for asking a horse to come into a strange, dark interior space riderless and at liberty.

But bar-owner Scott had other ideas. Unbeknownst to us, he promoted it as an event: there were old timers playing the piano and a wagering pool on whether Shea would poop in whatever squares were masking-taped off on the floor. The place was rowdy and packed. 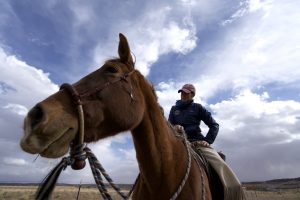 In her true form, my mare handled it with grace. We got our shots and even had time to hang out and graze in the town park, on the banks of the Kennebec River, before heading home after dark.

Shea died this week at age 22.

She likely suffered a small intestinal strangulation. It came on suddenly. Her heart rate and respirations became elevated and remained so. The lactate level, assessed by the vet when he arrived after midnight, was dangerously high. She was clearly in distress and clearly not a candidate for surgery. By 1 am, she was gone.

But not so the memories. 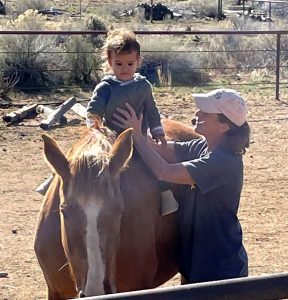 Shea and a third generation of family riders

Shea was born in New Brunswick, Canada. As a Premarin foal, she was likely  headed to slaughter were not for Maine-based rescue efforts. I acquired her as a nine-year old and on our first ride, she came out from under me. It was the first time and the last time I’d come off in 13 years, four states and thousands of miles of riding.

Shea was the glue for my herd all these years. She has ponied ornery critters. She’s been head-butted by mama cows and squeezed into tight quarters. She’s been the star of videos and is featured on the home page of the Best Horse Practices Summit.

She’s my only horse to have carried all three of my novice-riding sons. Last month, with typical gentleness, she tolerated my wriggling toddler granddaughter on her back.

At a branding not long ago, I tied her to a fence section without realizing how rickety it was. When she startled at something quick and loud and pulled back, Shea brought that entire section with her, backwards and seemingly wreck-bound. Instead, she paused, took a step forward, lowered her head and looked over to me: ‘lend a hand here?’

It was not the first nor the last time she impressed me with her sense of calm and grace. And I use ‘grace’ with deference and a smile. She was not physically graceful, but surely there in mind and spirit. 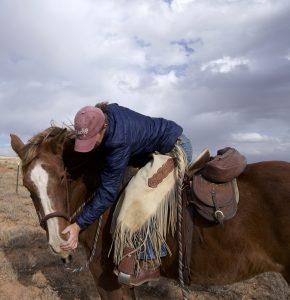 The one skill she never mastered was hobbles. Even with soft, forgiving cotton hobbles, she’d cement her front feet to the ground and pivot her hind end around to get whatever grass she could reach. This year, I just let her free. Out in the backcountry, she grazed at ease, sticking close to her hobbled companions. It was a sweet deal for her and something she earned from her years as an honorable partner.

Often, when things got exciting, she would swing her big drafty head around and bury it in my chest if I was on the ground, or to my boot if I was in the saddle. I thought for a long time that she was seeking some comfort from stress. Now, I’m pretty sure she was just saying, “it’s gonna be okay, Maddy. I’m here for you.” 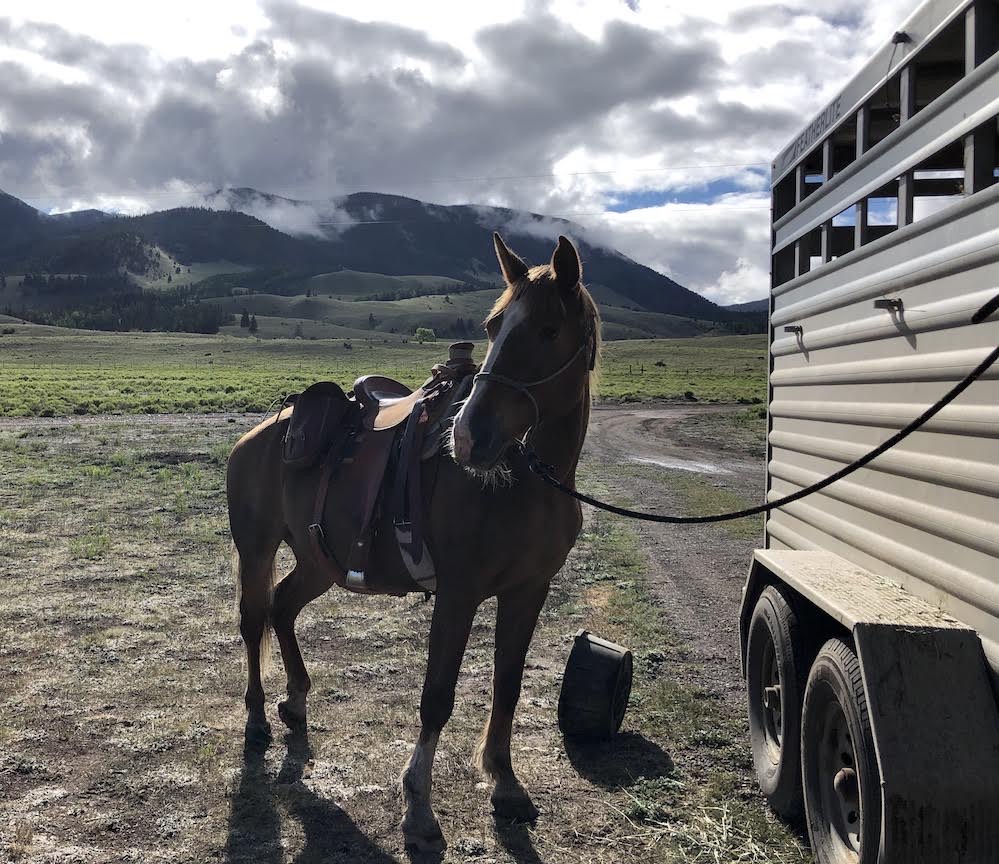