I had the excellent opportunity to interview poet and former bronc rider Paul Zarzyski last month.
As a young man, Zarzyski headed west from his Wisconsin roots and landed in Montana where he started riding bucking horses and attended the University of Montana. 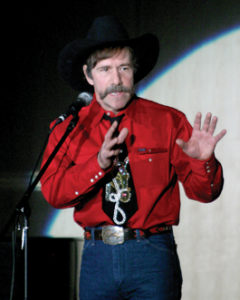 Some 40 years have passed. He’s hung up the spurs, but still “spurs the words wild” as he likes to say. Read the three-part interview here.

As we talked, Zarzyski kept mentioning his “Dumb Luck.” He called his successes at the National Cowboy Poetry Gathering, for example, Dumb Luck.
But I know Dumb Luck:
When my kids were young, we lived on Massachusetts Bay, south of Boston. One day, I took my six-year old son rowing in a friend’s skiff. To keep him amused, I rigged up my fishing pole.
With a slack tide, we rowed easily up an ocean inlet. It was his first time fishing and he tended the rod with enthusiasm, pulling in the line every few minutes. Once, he hooked a crab. We shook it off, restrung the bait, and tossed back the line.
Given his rambunctiousness, I thought it best to tie the rod to the skiff’s seat. (Never before

and never since have I had such foresight.) We rowed and fished some more under the hot afternoon sun.
Suddenly, my little boy felt a big tug on the line. He yelled gleefully as I coached him on how to reel in what I suspected was an old boot. Ten minutes later, we had a magnificent, 30-inch Striped Bass flopping between our knocking knees.
That’s Dumb Luck.

Zarzyski, I realized, was just being humble about the huge amount of effort, talent, and commitment he’s given to his vocations.
“Fortune favors the prepared mind,” commented the famous chemist, Louis Pasteur. (A funny reference since Zarzyski was studying chemistry before an epiphany steered him to poetry and creative writing.)

Zarsyski showed up to ride back in those rodeo days. And, under the tutelage of poet Richard Hugo, the Montana man translated that passion into the business of word-crafting. You could say he segued successfully from one sometimes-torturous occupation to another. He swapped a saddle for a Smith-Corona and shimmied effectively from arena to stage.
Dumb Luck had nothing to do with it.
If only I’d had the wit to challenge the claim, as author Amy Hempel wrote once: “There is no such thing as luck. Luck is where preparation meets opportunity.“

I hope you enjoy the three-part interview. Check out Part One here.